I made a small attempt at this in a VB6 project over 10 years ago, but with the advent of web technologies and a desire to learn them doing something fun, I've given it another go.

I've been able to tackle the following in quite a short period of time:

This is also a chance to work with some libraries and technologies which I don't usually get a chance to play with:

Overall the goal isn't too ambitious. I'd like to simply create a rendering engine to explore the first level of the game.

Here is the important thing however. While I could just grab all of the necessary data, convert it all to modern file formats and throw it together to create a demo, I want to load the original game files and work with them just as the original game would have. That's the fun part :)

Here are a few exports, plus a GIF I crafted (No such animation support yet): 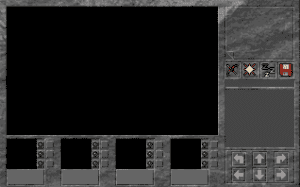